Caroline Burke is a student at Clemson University and a TEAN Featured Blogger. Caroline has just completed a semester abroad with TEAN in Sydney, Australia. 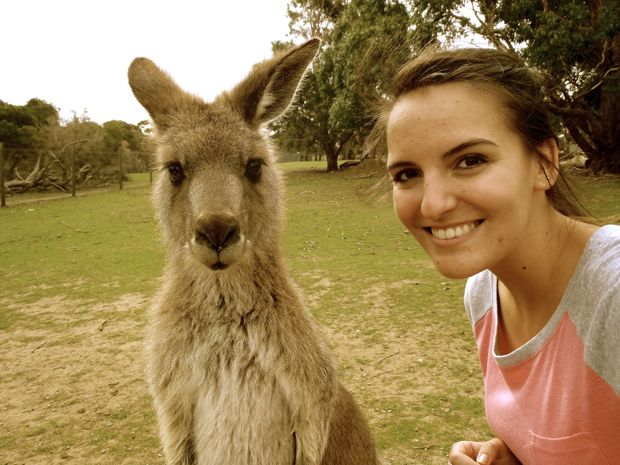 Looking back at this semester, I can’t believe how many places I visited, people I met, and experiences I had. My time in Australia was a tremendous learning experience that I will always be grateful for. I have listed below some things I have taken away from my semester abroad…

1. Many Australians view life in America as being “like the movies”

During my time in Australia, I learned that America does have a very unique culture especially when it comes to ‘uni’. I’ve been asked a number of times from my Australian classmates if college life in the U.S. is similar to what they see in the movies. At first, I wasn’t sure what they meant, but I quickly realized that the concepts of living on campus in dorms, having a meal plan, joining Greek Life, and attending universities that are far from home seem like a dream to many students. As I became accustomed to the commuter lifestyle at Sydney Uni, I realized why the American college culture seems so foreign and exciting.

One of the many things I love and appreciate about Australia is the laid-back lifestyle that many people lead. People are so friendly and anytime I was lost (which happened quite a lot) someone was always kind enough to guide me to where I needed to be – especially during TEAN’s Amazing Race!! Many Australians are extremely athletic and outdoorsy as well, especially in the summer when surf season is in full swing! Everyone’s energy made Australia such an exciting place to be and it constantly motivated me to try new things like sand boarding at Moreton Island, climbing Sydney’s Harbor Bridge, White Water Rafting in Cairns, hiking to a village in Thailand, and camping in The Outback! 3. I’m glad I spent a lot of time traveling around Sydney

Before my semester in Australia began, I set a goal for myself to see as much of Australia as possible. I knew I wanted to travel to other cities, but it was also crucial to me that I explored Sydney too! At the start of the semester, I made a list of all the landmarks and iconic spots around Sydney that I wanted to see: Bondi Beach, the Royal Botanical Gardens, the Queen Victoria Building, Darling Harbour, and the Opera House, to name a few. By the end of my trip, I reached almost every spot on my list and left Sydney feeling like I saw everything I wanted to. I even had plenty of time to revisit my favorite spots like The Rocks, Circular Quay, and Manly Beach! I feel as though I took advantage of my time in Sydney as best as I could and left without any regrets! Now that I have returned home, my time in Australia feels like a dream. It seems like I was just siting on the plane flying to Sydney, completely unsure of what the following four and a half months had in store for me. I am proud of myself for taking the risk to spend a semester abroad because it was one of the best decisions of my life and I can’t wait to return to Australia again in the future.