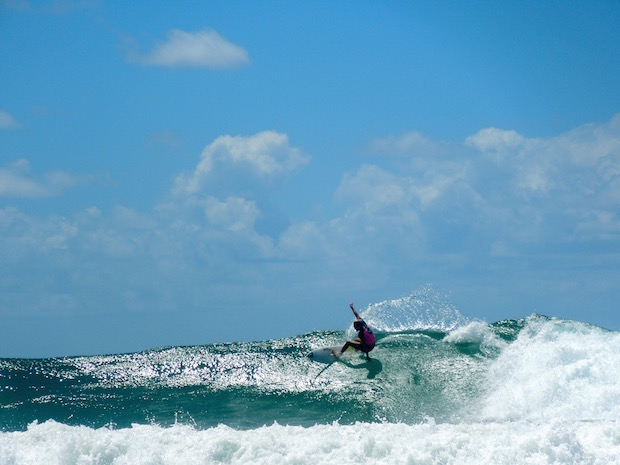 Fortunately, the Quiksilver Pro took place on the Gold Coast where I was studying abroad. It was a short bus ride away to catch all the action. This is the beautiful beach that the competition took place. It is called Coolangatta. Hundreds of locals gathered to watch the competition. The setting was super chill. People either brought towels to sit on or just stood in the water. I had the opportunity to watch the women compete as well as the men. This was the first time I had ever seen someone surf before and it was incredible. The waves were huge and they all handled it with such ease. One of my favorite parts about the competition was that it was super intimate. The surfers walked out of the water and immediately began talking to fans, taking pictures with people and were very open to signing autographs. And here was the winner, Gabriel Medina, a 21 year old from Brazil. Medina beat out huge competitors like pervious champion, Kelly Slater, from the United States.

Rachel Levin is a TEAN program alum and Global Ambassador at The University of Maryland. She studied abroad with TEAN on the Gold Coast, Australia.