Oh the Places You’ll Go, and the People You’ll Meet 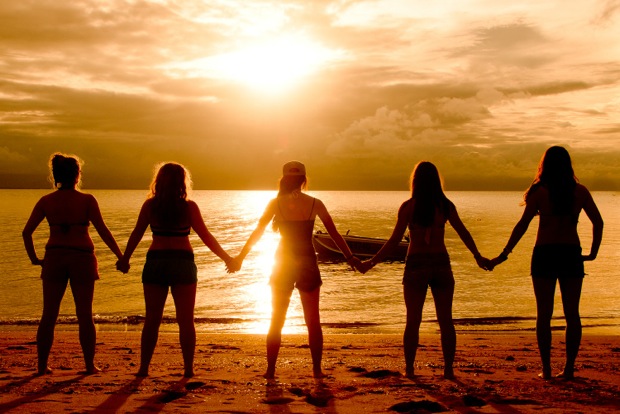 I was lucky enough to be able to travel around Australia and New Zealand prior to starting my semester, something I highly recommend doing, for many reasons. Among the reasons are the relationships you build with the people you meet. You get to talk to other travelers from all over the world, including locals. In my case, I learned a huge amount about France, Norway, Germany, the Netherlands, Canada, and more, beyond just the country you are travelling in. In this post, I just want to expand on a couple of the opportunities I have had while travelling here, to give you an idea of what I am talking about, and hopefully motivate you to travel!

My first story starts on Kangaroo Island, south of Adelaide. While camping there we started talking to a lady who was camping next to us. After discussing fishing prospects on the island, the fact that I was going to be spending a semester in Townsville came up (~2500 km away). She got all excited and told me that her son lives in Ayr, and goes out fishing on his boat often, and could take me out. Now, I found this somewhat miraculous, that before I had arrived, I already had a contact with a boat! We exchanged contact info, and after a few phone calls, I ended up going out fishing with him recently. We had a great day on the water, caught plenty of fish to eat. We put out crab traps and caught some mud crabs so that I could taste it (I highly recommend it!). We went back to his place and cooked up a delicious meal of our fresh catch. This was a really cool experience, as it allowed me to spend time with a local that wasn’t a student, giving a very different perspective on things. Another example starts in Cairns, on my diving trip. I met a guy who was nearing the end of a few months of travel here in Australia. We got to know each other and ended up meeting up the night after we got off the boat to check out the night markets. As he was leaving to go home the next day, he was looking for gifts for his family, in particular his mom and sister. His English was pretty good, but we had a fun time telling stories of home and from our travels, sometimes having to pause to figure out what things meant. I helped him shop around for opal pendants, and we used teamwork to barter and had a really good time, getting pizza and chatting over dinner. He was really grateful I had helped him communicate with the shop owners, and find great gifts for his family. We have kept in touch over the past few months since he has been home, and if I ever end up in France I will definitely look him up!

I could have also told stories about a father and son we met while hiking in Tasmania who invited us to a lamb roast after we summated together; or a couple from the Netherlands who we worked with to find a shortcut trail to avoid walking 6 km in knee-deep mud; or a German couple that we camped with and shared our catch of kingfish with while sea-kayaking in Marlborough Sounds, and then ran into 2 weeks later on our 3rd day of hiking the Kepler Track in Fiordland National Park… I think you get the idea. Travelling around, especially alone or in a very small group, gives you priceless opportunities that you just don’t get any other way. Hanging out with my American friends here is great, but I hope you make an effort to get out there!

Eric Kazyak is a student at the University of Maryland and a TEAN Featured Blogger. Eric is currently studying abroad with TEAN in Townsville, Australia.