Although there are many differences, my experience at the University of Sydney (USYD) has been great. The campus is gorgeous (it reminds me of Hogwarts from the Harry Potter Series), my professors and tutors have been very welcoming and friendly and I’ve met people from all around the world! I have listed below the main differences I encountered between university in Australia and universities in the United States. 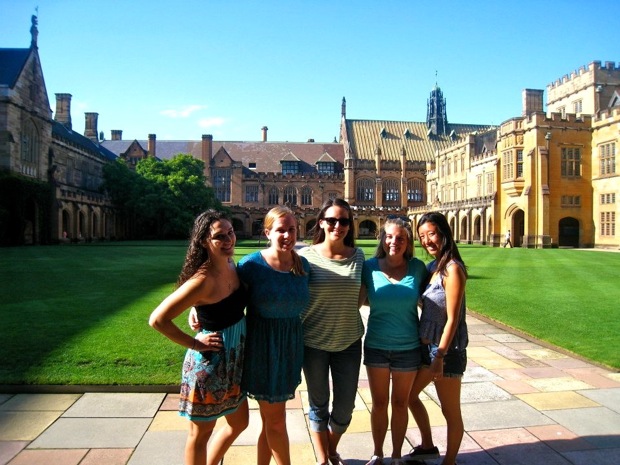 1. There is not as much school spirit

The college process for Australians is completely different from what many American students go through. Instead of choosing multiple schools across the country to apply to, most Australian students attend a major university that is located closest to their home. Since the college decision process does not seem to be as drawn out and complex as it is for us, there isn’t much school spirit like there is at home. My roommates and I noticed this during our orientation week activities because we wanted to find a campus store to purchase items that said USYD. We were able to find a store, however it was pretty small and there were only a few very expensive shirts to choose from. In addition, it isn’t common to see students wearing USYD gear unless they are international students.

2. Most students live off campus

Because most students attend a university that is closest to their home, the majority of students commute to campus every day. In Australia, there are only a few major universities in each city so it is common for students to travel up to two hours one way!  I was surprised to hear this from my classmates because in the U.S., the concept of dorms and “campus life” is central to our university experience. 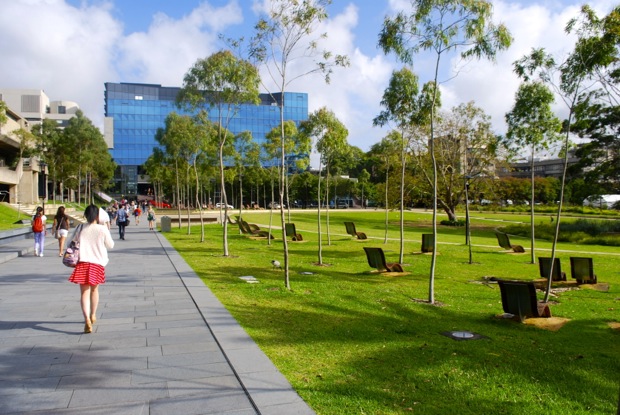 3. There are bars on campus

One of the many things that stood out to me during my first visit to the University of Sydney was that there are bars on campus! Since the legal drinking age is 18 years old, students can drink by the time their first year begins at university. I wish it was like that in the U.S. because the bars are popular spots for students to meet and spend their time between and after classes.

4. Students are typically dressed up

Unlike many schools in America, students at the University of Sydney are always dressed nicely for school each day. I am really curious about what their thoughts would be regarding students in America attending classes in sweats and athletic clothes. I admit that I typically dress that way at home, but since being here, I’ve felt the need to put more effort into getting ready for school and looking my best.

The biggest difference between the University of Sydney and American universities is how classes are run. In Australia, the normal workload is 4 courses (or “units” as they called here) rather than 5. Each “unit” consists of a lecture held once or twice a week and a tutorial, which is a small class of around 20 students. Attendance is mandatory for tutorials since they meet only for one hour once a week. It’s taken some time for me to adjust to this system because I am used to having the same class two or three times a week. Because classes don’t meet often, homework is rarely assigned and students are expected to do a lot of independent study. The downside of this is that the few assessments we have are weighted much more heavily. For example, I had to write essays for three of my courses that were worth 40% of my final grade!

Caroline Burke is a student at Clemson University and a TEAN Featured Blogger. Caroline is currently studying abroad with TEAN in Sydney, Australia.